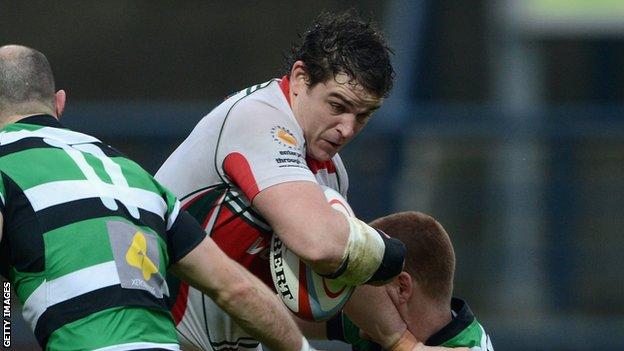 Plymouth Albion went down to their 11th defeat in 12 games as they lost 30-22 at Nottingham in the Championship.

Tom Bowen got a try back for Albion early in the second period but Hough's third and two James Arlidge penalties sealed the win for the home side.

Aaron Carpenter and Rhodri McAtee got late tries for Albion to make the score more respectable.

The loss was Albion's eighth in a row, equalling the club record.