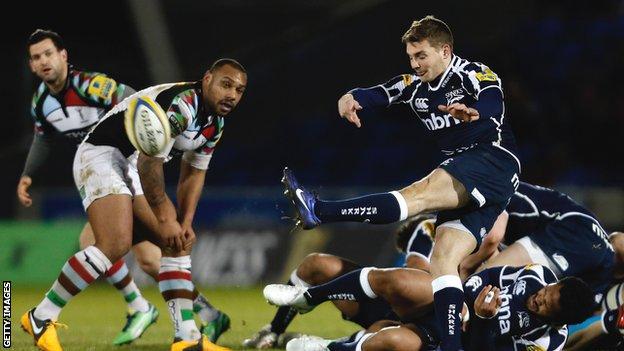 Premiership strugglers Sale Sharks have announced that scrum-half Will Cliff has signed a new deal with the club.

But the 24-year-old suffered a freak injury in training earlier this week, which could keep him out for the remainder of the season.

He collided with a team-mate during a training session and damaged the medial ligament in his left knee.

Cliff joins and in committing his future to the Sharks.

However, the length of his new contract has not been disclosed.

Director of rugby Steve Diamond told the club website: "Will's had his best season at the club and he's done really well for us.

"He took an unfortunate knock in training but he's a local lad who never lets the team down. The fact he's signed a new deal is brilliant for us."

Diamond's side are bottom of the table, three points adrift of London Welsh, with six matches to play.

The Sharks travel to Leicester on Saturday without the injured Cliff, who has appeared in 10 Premiership matches this season, scoring one try in the recent win at the Exiles.