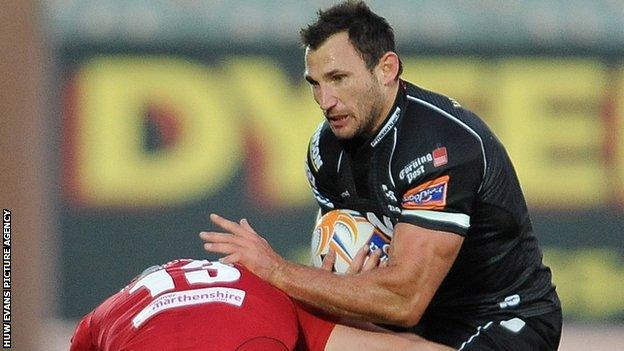 Veteran back-row forward Joe Bearman has signed a fresh deal with the Ospreys that keeps him at the region until the summer of 2015.

He helped the Ospreys to the Pro12 title in his first season at the Liberty Stadium.

"I've enjoyed my first two seasons down here, so I'm really happy to be able to sign a new contract," said Bearman.

He added: "It was a dream come true to win the league at the end of my first season as an Osprey, particularly the way we did at Leinster in the final.

"That day will stay with me forever, but the challenge this season and over the next two years is to make sure we achieve that standard consistently as a group, week in, week out."

Ospreys rugby operations manager Andy Lloyd said: "He's an outstanding athlete, he's really physical and powerful with or without the ball, carrying well and making more than his fair share of tackles.

"He just keeps getting better and better as a player and even though he is a little bit older than most, his conditioning is excellent."