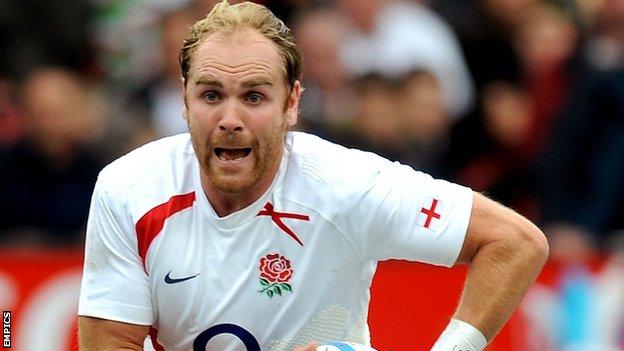 Goode, who had not been offered a new contract by Worcester, follows former team-mates Matt Mullan and Joe Carlisle in making the switch.

Andy's record in the game speaks for itself. Tactically he is an excellent number 10 and I am confident he will also get our backline moving very well

The 32-year-old has spent the last three seasons at Sixways.

Wasps director of rugby Dai Young said: "The Premiership is an incredibly tight league and it is vital to have a recognised goal-kicker in your squad."

Worcester signed Goode, who won 17 caps for his country, from French side Brive in the summer of 2010.

Wasps believe he still has plenty to offer at the top level of English club rugby and he will replace Welshman Stephen Jones, who is retiring at the end of the season to take a coaching role with the club.

Young continued: "Andy's record in the game speaks for itself. Tactically he is an excellent number 10 and I am confident he will also get our backline moving very well.

"We have a lot of young players at this club who are still finding their feet at the top level and Andy will be an important experienced head in our squad."

Goode said Wasps had made big strides forward under Young, whose coaching ability and vision for the Wycombe-based club have really impressed him.

The fly-half added: "I am also looking forward to working with Shane Howarth and Stephen Jones, who have a wealth of international and coaching experience between them, and as young coaches who have not long retired, will have great empathy with the players and know exactly how to get the best out of them.

"At the same time, I'm committed to doing my best for Worcester Warriors until the end of the season.

"The fans have always been fantastic towards me and that's one of the main memories I'll take with me on leaving Worcester."

Prop Mullan announced his move to Wasps in January, while utility back Carlisle agreed his switch to the Wycombe-based London club last week.