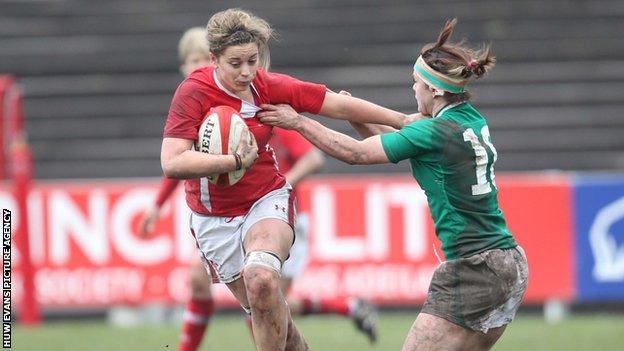 The result saw Wales edge ahead of Italy on points difference into fourth in the championship table.

If Wales, who now face England in Aberavon, equal or better Italy's result against Grand Slam-chasing Ireland next Sunday they will qualify for the 2014 World Cup in France.

The visitors had opened the scoring through Laura Prosser's penalty kick and that was enough to give them a slim half-time lead in appalling weather conditions.

Scotland remain winless and are now guaranteed to finish bottom of the championship, while they have also missed out on World Cup qualification.