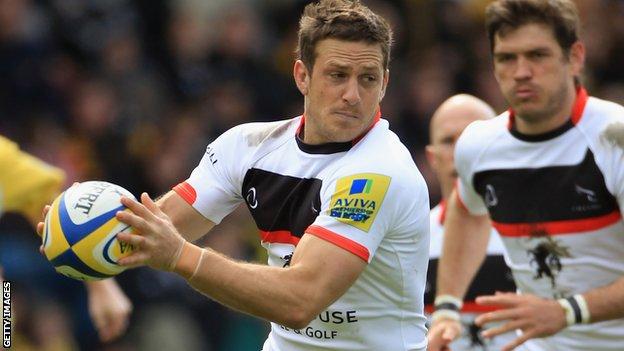 Newcastle Falcons fly-half Jimmy Gopperth will join Leinster this summer after the New Zealander signed a two-year deal with the Irish team.

He has also played for New Zealand's second-string Junior All Blacks side.

Gopperth joined Newcastle three seasons ago and to date has scored 719 points in 70 appearances.

Having steered New Zealand to victory in the U21 World Cup final in 2004, Gopperth played in the Air New Zealand Cup for Wellington and North Harbour.

He also starred for the Junior All Blacks in winning the Pacific Nations Cup.

"We are delighted that Jimmy has put pen to paper on a deal and we believe that he will be an excellent foil for Ian Madigan," said Leinster head coach Joe Schmidt.

"He will bring added depth and experience to the out-half position when he joins this summer.

"Even though Newcastle have struggled in recent years, he has been a hugely consistent performer during his time in England where he won back-to-back Premiership Golden Boot awards."