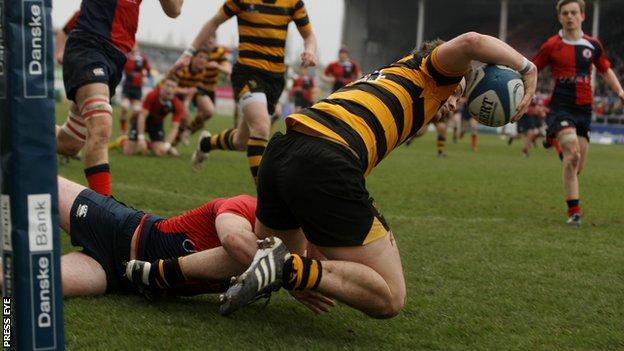 RBAI are through to the Schools' Cup final after beating Ballyclare High 18-9 at Ravenhill on Monday afternoon.

Iain Jones scored the opening try for the Belfast school but Jack Irvine's penalty kept Ballyclare in touch and they trailed 5-3 at half-time.

Nathan Brown went over early in the second half to make it 10-3 and Ballyclare reduced the gap to four before a late Rory Bell try.

Irvine added his second penalty following Brown's try, only for Rory Campbell to slot over a penalty to restore the seven-point advantage.

Irvine set up a tense finish as his penalty made it 13-9 but RBAI had the final say with Bell's touchdown.