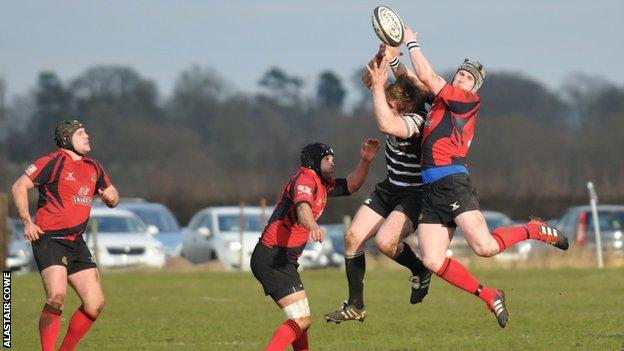 Redruth boss Adrian Edwards says his side are capable of getting promotion back to National One after two seasons in National Two South.

The Reds are currently 11 points off leaders Worthing with two games in hand and host fourth-placed Hartpury College on Saturday.

"We've still got some tough battles but I don't see why we can't be there at the end," Edwards told BBC Cornwall.

"If we keep playing like this it's going to be a difficult place to come."

Edwards' side have won 10 of their last 11 matches but still face a tough trip to third-placed Henley and must host fifth-placed Shelford.

"We haven't beaten Hartpury as yet, but we've competed with everybody in the league now," he added.