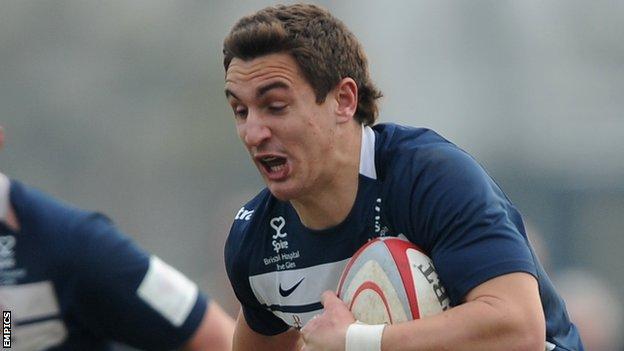 Winger Watkins, 22, is already the club's fourth highest try-scorer in competitive games with 39, having only made his debut in 2009.

And utility back Tovey, also 22, has crossed 18 times in 79 appearances.

"They're hugely important to us as they fit a key purpose - to develop Bristol players to play in Bristol fashion," said coach Liam Middleton.

"I've thoroughly enjoyed watching both of them develop through the academy into valuable first-team performers who have already notched up 80 appearances for the club."

The length of the pair's new contracts have not yet been disclosed by the club.

Bristol-born Watkins, who attended the same school as Tovey, agreed his deal in the hope of helping the side, currently fourth in the Championship, to promotion to the top tier of English rugby.

"To represent Bristol - the team I supported growing up - is a dream and I want to fulfil my ambition of playing Premiership rugby for my hometown club," he added.