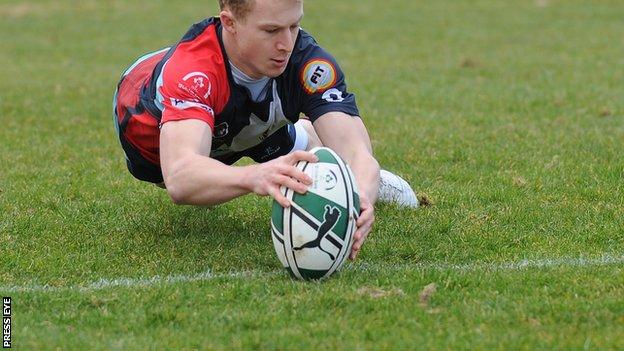 Scrum-half Michael Heaney has signed a new two-year deal with Ulster Rugby that keeps him at Ravenhill until 2015.

The 22-year-old rejoined the province last summer from Doncaster Knights having first made his debut for the Ulster senior side in 2010.

"Ulster has always been home and I look forward to representing the province over the next two years," he said.

Heaney was a member of the Ireland Under-20 squad that won the 2010 Six Nations Championship and also competed in the IRB Junior World Championships later that year.

He made his senior Ulster debut against Harlequins in August 2010 and rejoined the club from Doncaster Knights where he spent a successful six months playing in the RFU Championship.

"I was delighted to have been given the opportunity to come back to Ulster last summer and I am glad that I have done enough this season to have been granted a new contract," added Heaney.