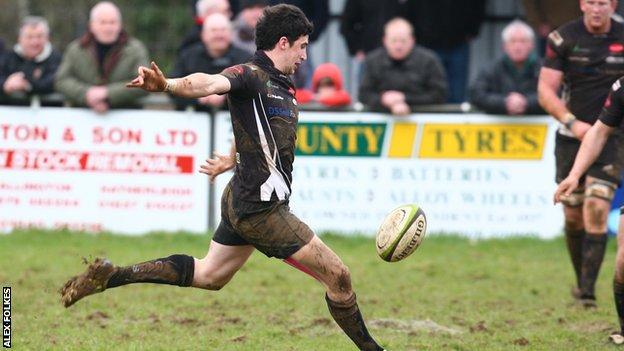 Launceston were left to rue a missed conversion in the final minute by Jake Murphy as they lost 19-17 at struggling Lydney in National Two South.

Lydney were at Launceston's Cornish rivals Redruth last week, but moved out of the relegation zone with the win.

"On a different day and with different conditions those things would have gone our way," said boss Cliff Rainford.

"It's quite a strong place for Lydney and we got dragged into their game plan a little, rather than sticking to our game plan and in the end that cost us."

Lydney led 16-0 at half-time and were 19-5 up late on after Liam Yeo's try for Launceston.

But the Cornish All Blacks staged a fightback with three minutes left as Ben Hilton went over and Murphy converted to make it 19-12.

Then in the dying seconds Kneebone scored a try, but Murphy's kick hit the post.

"It was always going to be one of those days," Rainford added.

"We had a few decisions go against us and they ran out winners in the end.

"Neither team really got control of the game."