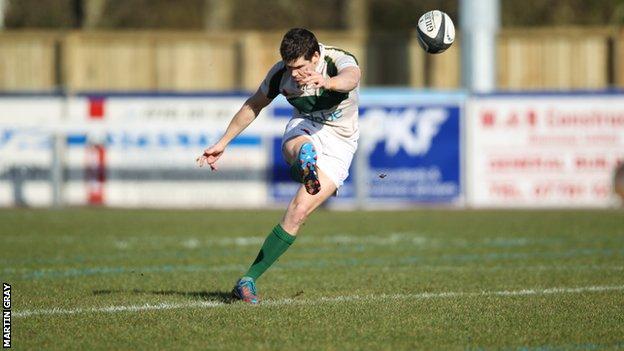 After leading 6-3 at half time the Green and Whites ran in five second-half tries as they consolidated eighth place in the table.