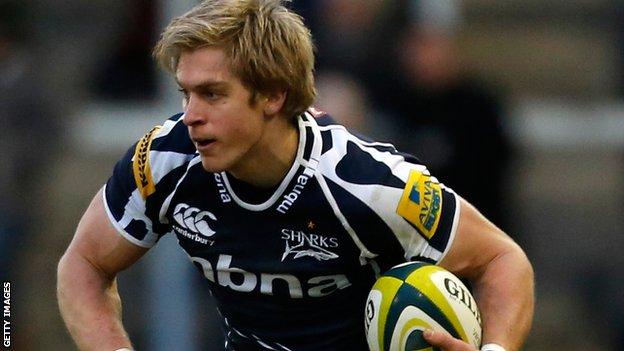 Bristol have signed Sale wing Charlie Amesbury for next season.

The 26-year-old ex-Newcastle and Harlequins player has been with the Sharks for two years but turned down the offer of a new deal with the club.

After an injury-hit first season, Amesbury has made 12 appearances for Steve Diamond's side this term, scoring two tries.

The England Sevens international is the sixth Premiership player to sign for Bristol for the 2013-14 campaign.

Warriors utility back Short initially agreed a two-year deal with Bristol but will now join them on loan for the remainder of the season.

Speaking about the arrival of Amesbury, head coach Liam Middleton told BBC Radio Bristol: "We've been very impressed with him in the Premiership.

"He's a very physical wing and well-conditioned. He's been a starting player for Sale all season so it's a big coup for us.

"Charlie was impressed with the way we do things at Bristol, and with the plans we've got at the club it was an easy sell."