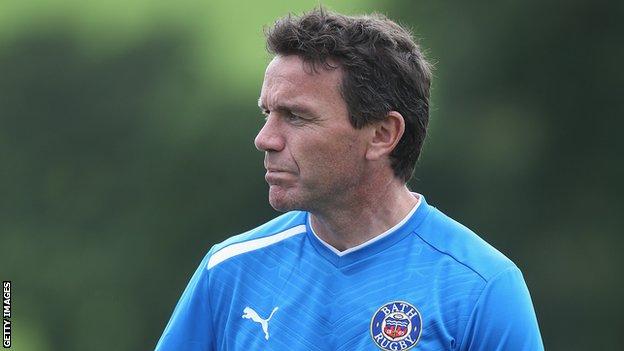 Bath defence coach Mike Ford has labelled the defensive performance in the LV= Cup defeat by Harlequins "the worst of the season".

Quins fielded a second-choice XV and were still comfortable 31-23 victors, scoring four tries in the process.

"You can do the best training and have the best tactics, but it means nothing if the players just defend really badly," Ford told BBC Bristol.

"It's the worst we've defended all season. They just weren't up for it."

In a big game, when your heart is racing you have to be calm enough to make the right decisions

Ford continued: "We prepared as well as we could but their aggression was really poor.

"We've let a bunch of Quins kids - lets face it, it was a second team - play some good rugby by just not defending."

Bath twice pulled themselves to within five points after good work at the set-piece, but on both occasions Harlequins were able to re-extend their advantage.

They must now focus solely on their remaining five league fixtures. Bath currently sit seventh in the Premiership, seven points off a play-off spot.

"Yes, we showed some character at the set-piece but we've talked about not waiting until next season to win something and then we play like that in a semi-final - it's just massively disappointing," added Ford.

"In a big game, when your heart is racing you have to be calm enough to make the right decisions and cope with the opposition.

"Our defence should be solid no matter what and it just never was."