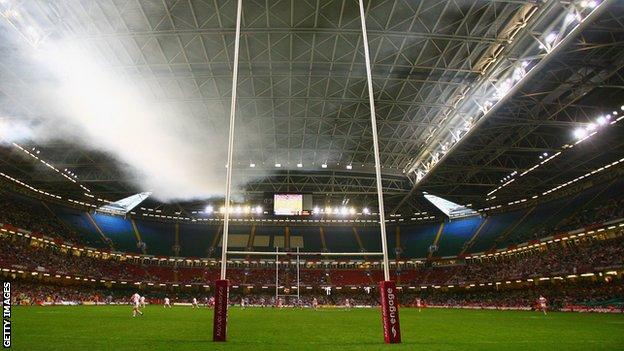 The Millennium Stadium roof will be closed for the Six Nations title decider between Wales and England.

Both sides have agreed the roof will be shut, with heavy rain forecast on Friday and showers continuing into Saturday evening.

Closing the roof requires the say-so of both sides, and with so much riding on the match their verdict has been unanimous.

Both sides held their final training sessions on Friday under the roof.

The home side can deny England a first Grand Slam since 2003 but Wales also can retain their Six Nations title if they beat England by eight points.