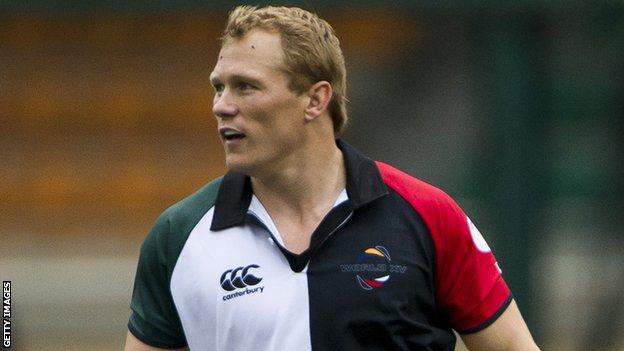 The 36-year-old ex-Wasps and Bristol back, who has a home in St Agnes, replaces Rod Coward,

"Josh joins us on a consultative and part-time basis from April to September," said owner Dicky Evans.

"He will bring his own unique brand of management skills to the Cornish Pirates."

Lewsey won 55 caps for England before retiring from international duty in December 2008.

His 22 international tries for his country included a crucial one in the 2007 World Cup semi-final win over France in Paris, and he was also a member of Sir Clive Woodward's squad that won the trophy four years earlier.

He retired at the end of the 2008-9 season after 11 years with Wasps, but to help the club through an injury crisis.

In a statement, Evans added: "His CV is of course top notch, but of special significance has been his ability to switch his outstanding sporting ability into the area of business, deliberately differentiating himself from his peers in rugby by learning and adopting a broader set of skills in some of the world's most challenging industries.

"Josh and I have been in touch for a couple of years on the future of rugby in Cornwall, the Pirates and the stadium and his advice to me behind the scenes has been invaluable."