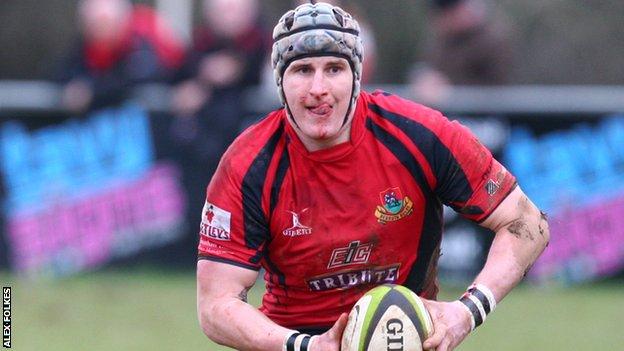 Redruth forwards coach Ashley Morcom was critical of their failure to follow the game-plan after losing 20-12 at Canterbury in National Two South.

The Reds trailed from start to finish and remained eight points behind second-placed Henley.

"We didn't really perform to the game-plan we set.

"We didn't kick the ball as much as we should, and when we did kick it, we kicked it into the wrong places," Morcom told BBC Radio Cornwall.

The Reds were 12-0 down after 20 minutes as Kwaku Asiedu and James Green scored for the Kent side.

Redruth's leading try-scorer Tom Duncan went over for his 19th of the season, but three minutes after half-time, Willem Baars grabbed a third try for the home side.

Frazer Kellythorne's touchdown 11 minutes later reduced the deficit before Reds scrum-half Greg Goodfellow and Canterbury forward Jesse Liston were sent off after a fight, but Scott Browne's penalty after an hour sealed the win for Canterbury.

"It was a bit frustrating, but not taking anything away from Canterbury, they did their homework on us and realised that how to play us.

"It's a bit of a blow to us, but Canterbury's a hard place to come, it was difficult. maybe our game plan could have been better."