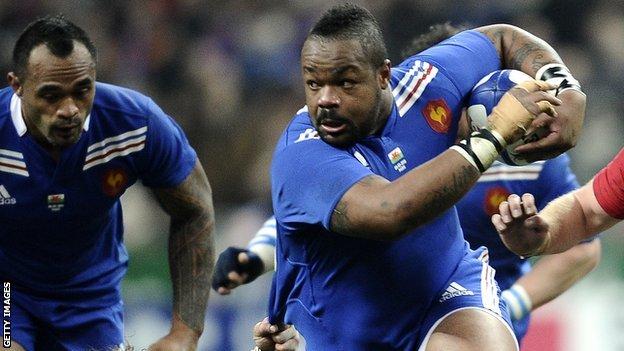 Claassen, 28, came on as a replacement against both England and Ireland.

Twenty-one-year-old lock Vahaamahina made his debut from the bench in the win against Australia in November.

Toulon centre Bastareaud, 24, came on as a replacement in France's first game of the 2013 Six Nations - the 23-18 loss to Italy - to win his first cap for three years.

The 17-and-a-half stone centre started the next two games - defeats by Wales and England - before once again coming on as a replacement in the 13-13 draw with Ireland last weekend.

France go into the game bottom of the table with one point and desperate to avoid a first Wooden Spoon since 1957.

Victories at home to Italy and Ireland mean Scotland are third and have already guaranteed they will not finish last, as they did in 2012.