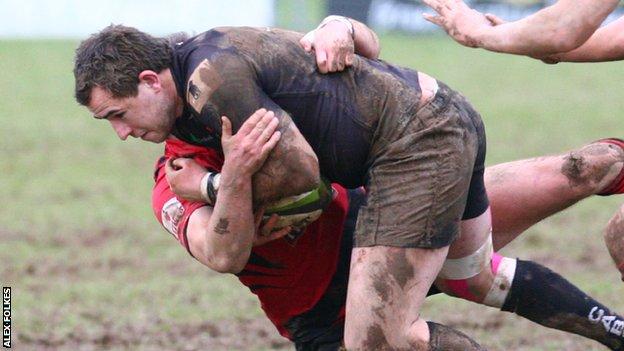 Launceston boss Cliff Rainford says he is impressed with the way his side's performance, despite losing 16-15 at Shelford in National Two South.

A second-half fight-back from Shelford saw the Cornish All Blacks suffer their second successive defeat.

"A couple of key decisions that were made by the referee went against us and we just couldn't get over the line."

Tries from Lewis Paterson and Josh Lord gave Launceston a 10-3 lead after half an hour, but Edwards Mills went over for Shelford five minutes before half-time to make it 10-8.

Feofaaku Lea scored Shelford's second try shortly after the restart before Rory Hutchinson kicked what proved to be the winning penalty.

Lewis Paterson's try 16 minutes from the end set up a tense finish but the Cornish All Blacks could not find a way through.

"We wanted to play our own game and we did and looked good for the majority of the game," Rainford added.

"It wasn't a day for kickers at all, it was a very heavy and muddy pitch and a strong wind.

"Fair play to Shelford, they snuck in at the end by a point."

With Launceston now having a two-week break before they host Bournemouth in their next match, Rainford says he hopes his sixth-placed side can get close to the top five.

"We've got five games left to the end of the season," he added.

"We're targeting them now and we'll aim to claw back points on the teams above us and put ourselves in the mix in that top group.

"If we can do that by the end of the season then that'll be a fair result."