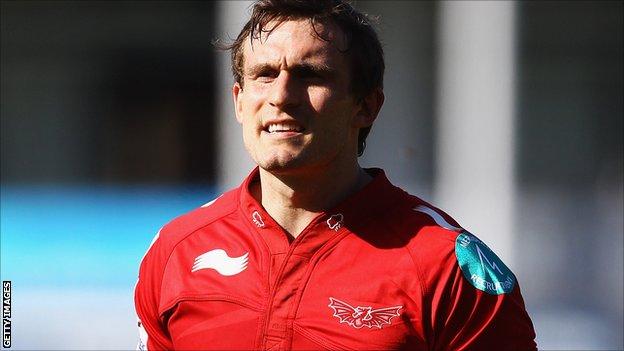 The 27-year-old, who links up with the Exiles in the summer, joined Scarlets from Newcastle in May 2009 and has made 75 appearances, scoring 27 tries.

London Irish director of rugby Brian Smith said: "Andrew is a player I have been very impressed with over the last few years.

"He is a physical and abrasive presence who rarely fails to get over the advantage line."

He added: "He's the second highest try scorer in the Rabo Direct, so he knows his way to the try line. He will add a further option to our back three for the coming seasons."

A qualified accountant from North Wales, Fenby was born in Rhos-on-Sea, Conwy.

"I would firstly like to thank the Scarlets for everything they have done during my time at the club and I wish them well for the future," he said.

"I am looking forward to moving to London Irish and testing myself in the Aviva Premiership. It is a great opportunity for me and I look forward to arriving at the club in the summer."