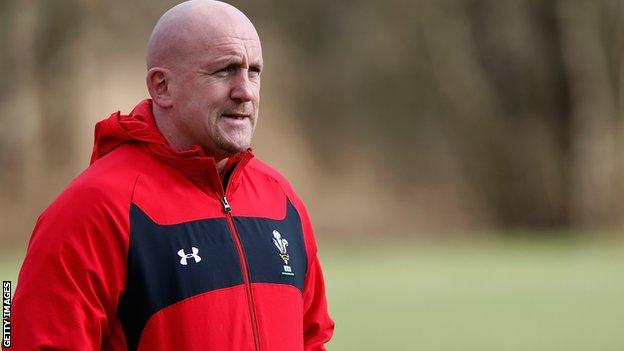 Wales defence coach Shaun Edwards has said he almost quit rugby union after being overlooked for this summer's British and Irish Lions tour.

Edwards has revealed he contemplated leaving Britain for the Australian Rugby League after being left off the Lions staff by coach Warren Gatland.

Gatland, who is also Wales coach, has chosen Andy Farrell as his defensive coach for the tour to Australia.

"This one [title] is special for a personal reason, if only because it wraps up a period which started in a dark place," Edwards wrote in the Guardian.

"I've had plenty of highs in my professional life - 42 medals as a player, 11 trophies in 12 years as a coach.

"But the time that tested me most was the three days after discovering that I wasn't going to be part of the Lions coaching team this summer.

"Whereas 2009 with the Lions in South Africa was one of the big highs, hearing that I was not going to be part of the set-up in Australia made me want to chuck the whole lot in.

"There were ideas of turning my back on union, going back to league, possibly even leaving the country to re-learn my trade as an assistant coach with the ARL.

"It took me 72 hours to banish those ideas and, on Saturday, among the Welsh players and fellow coaching staff, I understood why I did.

"They've been great to me, treating me as one of their own and it's a lucky man who can be part of such a set-up."