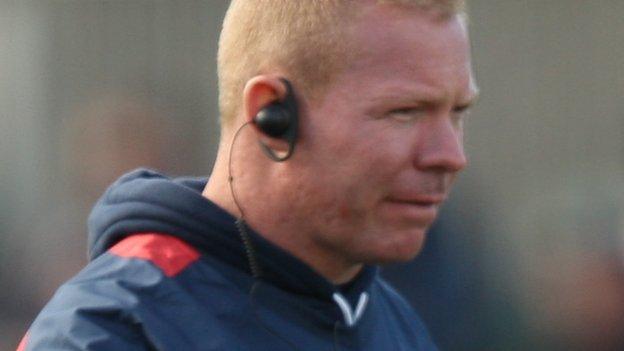 The decision was announced three days after a 23-14 loss at Moseley.

"The club believes it is in the best interests of both parties to act sooner rather than later," said a statement.

"Andy Robinson will now take full control of all rugby matters as the club strives to reach the RFU Championship semi-finals and progress further in the British and Irish Cup."

Bristol currently lie fifth in the Championship, three points outside the play-off zone, but have reached the knockout stages of the British and Irish Cup following six wins out of six in the pool stage.

Middleton was appointed head coach at the beginning of the 2011-12 season, having joined Bristol in 2009 as academy manager.

In his first season in charge, they finished top of the Championship league table, but lost to Cornish Pirates in the play-off semi-finals.

The announcement of Middleton's departure comes exactly a month after former Scotland head coach Robinson was unveiled as director of rugby at Bristol.