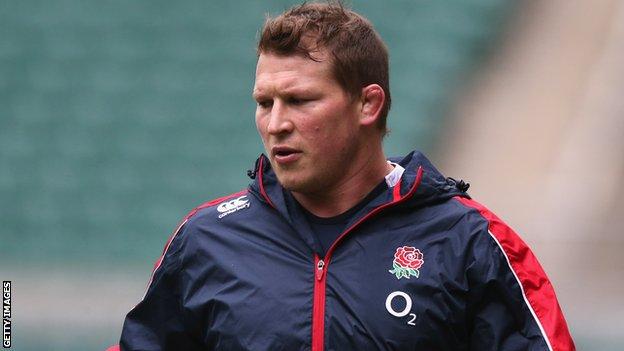 The Saints skipper came on as a replacement in the 30-3 loss.

"The momentum Wales gained was huge and it's disappointing to lose in that fashion. No-one saw that happening," Hartley told BBC Radio Northampton.

"We were full of respect for Wales and we know what they can do but we didn't think it'd be as one-sided as that.

"It [the Six Nations] ended on a bit of a sour note for us so there's a bad taste in the mouth there," added Hartley.

"But we can get back on track because we've come a long way."

Hartley will now return to action for Saints, who are chasing their fourth consecutive Aviva Premiership semi-final.

"I've kept a foot in the [Saints] camp because I've played during the off-weeks for England," he said.

"It's not too alien for me coming back. I'm looking forward to playing some games and a big push to the end of the season.

"London Welsh and Sale are battling at the bottom of the table so they'll be fighting for survival and Leicester and Harlequins will be trying to seal home semi-final spots.

"Every game is a big one from here on in."