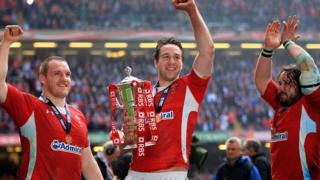 Olly Foster is joined by England international Mark Cueto as BBC Sport looks back on a 2013 Six Nations championship that saw Wales retain their title.

Wales beat England 30-3 on Saturday to win the tournament and dash England's hopes of a Grand Slam in the process.

There's also a look at how individual performances in the Six Nations could affect the squad for this summer's British and Irish Lions tour.