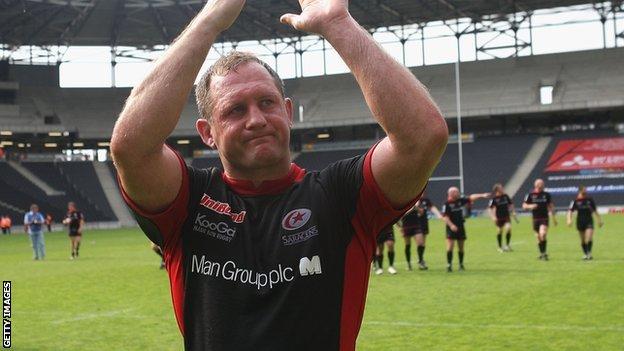 Former World Cup-winning flanker Richard Hill will end his 20-year association with Saracens by leaving the club's coaching team in the summer.

He retired in 2008 but stayed with Sarries, where he has worked in the club's academy system.

"After 20 years at Saracens I will be departing. It's been a great period of my life," he said on Twitter.

Saracens chairman Nigel Wray said: "Over many years as a player, and latterly as a coach, Richard has become synonymous with the club.

"His formal association may be drawing to a close as he embarks on the next challenge, but he will always remain a Saracens [man], hugely respected and admired by everybody associated with the club."