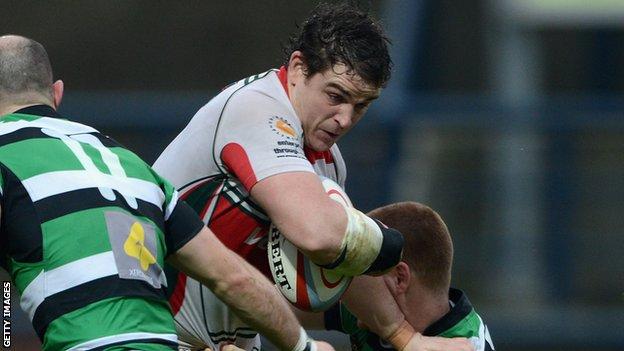 Plymouth Albion finally halted a run of 10 successive run of defeats with victory at a snowy London Scottish.

Albion won the game in the second half, defending heroically as they spent most of the second period in their own 22.

Canadian international Aaron Carpenter got the only try of the game for Albion on 34 minutes fighting his way over at close range while Declan Cusack kicked three penalties in the first half.

The win virtually assures Albion's place in the Championship next season.