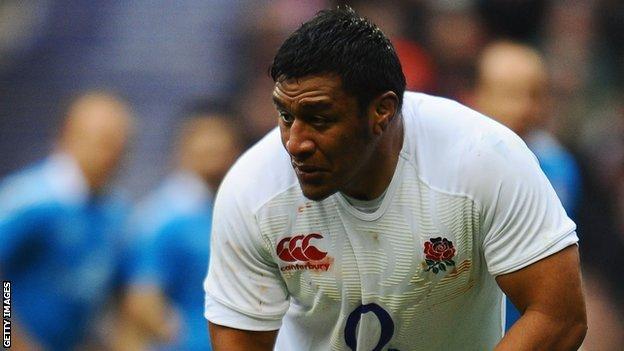 Stevens, who and Vunipola both starred as

"I think Warren Gatland will have been watching Vunipola," said McCall.

"If they bring five or six props, a prop with a bit of X-factor is worth his weight in gold."

He added: "[That also goes for] Matt Stevens who's not been playing international rugby, but is available for the Lions and played pretty well as well."

A call-up for Stevens would be considered a surprise after the 30-year-old called time on his England career last summer with 44 caps to his name.

But the former Bath prop has gone on to make 15 appearances for the Premiership leaders this term, the most he has made in one season since 2003-04.

Vunipola, 22, had not made a Premiership start before the current campaign, but now has nine caps after featuring in the autumn internationals and all of England's Six Nations fixtures.

The New Zealand-born forward put in a dominant display as Sarries brushed aside Quins 27-12 to go five points clear at the top of the table.

"I thought he was outstanding," said McCall. "His first-half performance was right up there with anything I've seen from a loose-head.

"The way he carried the ball, the breaks that he made, but equally he did very well in the tight.

"He was up against a very good scrummager in James Johnson and acquitted himself well against him."