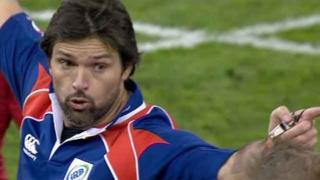 England coach prompting a debate over the specifics of events at the Millennium Stadium on 16 March, 2013 as well as how the game's set-piece could be improved.

However, Russia coach Jones has no sympathy for England over the penalties awarded against them in Cardiff.

Spurs leave it late to see off Wycombe