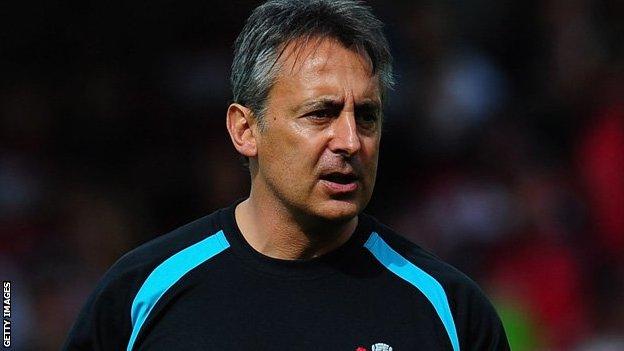 Gloucester director of rugby Nigel Davies says the quality of Harlequins' game far surpasses that of his team.

The two sides meet on Friday at the Kingsholm Stadium with Davies' side five points behind third-placed Quins.

"We've got a heck of a lot of work to do [before the game]. We're playing one of the best teams in the Premiership," Davies told BBC Radio Gloucestershire.

"You have to admire them - we are nowhere near them with our game, so it's a big challenge for us."

He added: "It's all about challenges and rising to them - that's what we have to do this week."

Gloucester scraped through against London Welsh on Saturday to defeat the Premiership's bottom side 15-14.

And Davies admitted ahead of his side's clash with the LV= Cup winners that his players believe their performance levels against Welsh were not up to scratch.

"A lot of the players are hurting individually from their own performances [on Saturday]," Davies commented.

"In that regard, it's a really strong position to be in having taken four points."