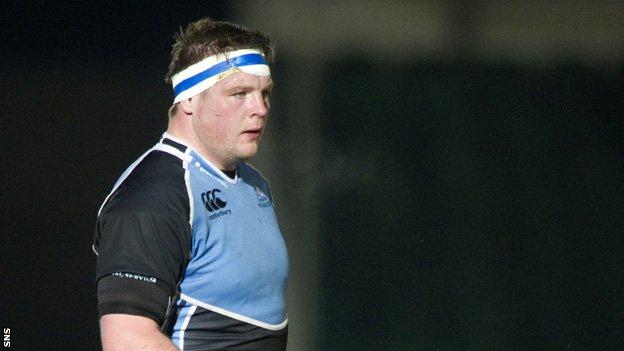 Prop Jon Welsh has extended his stay at Glasgow Warriors, signing a new two-year deal with the club.

The deal keeps the Scotland cap at Scotstoun until May 2015.

"This is excellent news and it will give our squad a big boost ahead of some hugely important games," said Warriors head coach Gregor Townsend.

"We're delighted to keep him at Scotstoun for the next couple of years and he will undoubtedly have a big role to play."

The 26-year-old signed for Warriors from club side GHA in 2008 and has made over 70 appearances for the Warriors, but has spent some time out injured this season.

"Jon worked hard during his injury lay-off to build up his strength and has been putting in the hours in recent weeks to get back to full fitness," added Townsend.

"He is respected by both coaches and players and is a key part of our future.

"Jon has shown that players from the club game can make the jump to professional rugby and he should be an example to others looking to make the breakthrough."

Welsh made his Scotland debut in the Six Nations defeat by Italy in 2012, replacing the injured Allan Jacobsen prior to kick-off.