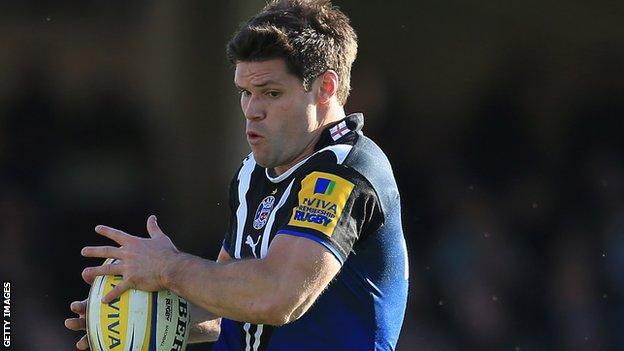 Centre Dan Hipkiss and back rower Mat Gilbert have signed contract extensions with Premiership side Bath.

Hipkiss, capped 13 times for England, is in his second season at the Rec, having joined from Leicester Tigers in the summer of 2011.

The 30-year-old has not played since 6 January because of injury.

Gilbert, 27, joined Bath in November on an initial six-month deal and has since made four Premiership appearances for the club.

The former Scarlets player has won 11 caps for the England deaf rugby team.

"Mat has been very good for us," coach Neal Hatley told BBC Radio Bristol. "It took a long time to get an opportunity but he's grabbed it with both hands.

"He came in as an unknown but since he's been in he's won the admiration of the squad and the supporters. His extension is well deserved."

"As for Danny, before his injury, he was playing as well as he has done for a few years.

"He brings a competitive edge and although he's Mr Grumpy at training, he expects good standards."