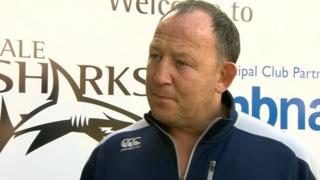 The Exiles on Tuesday, meaning their five-point deduction will stand.

Following the ruling, the Sharks are five points above bottom club London Welsh with four league matches left to play.

Motherwell 0-0 Rangers: Can hosts be first side to defeat leaders in the league?