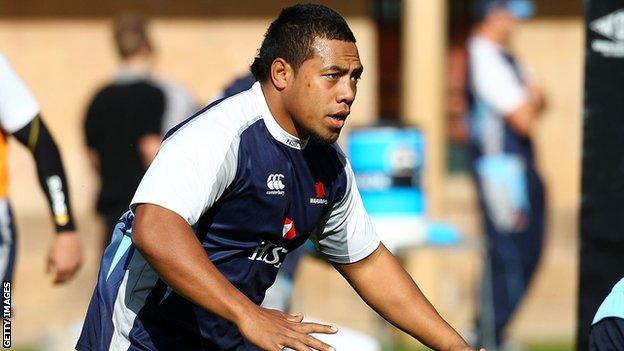 Jersey director of rugby Ben Harvey says new signing Elvis Taione will make a big impact on the Championship side.

"He's going to make a difference for us," Harvey told BBC Radio Jersey ahead of Friday's trip to leaders Newcastle.

"He's fitted in very well and he's a really good guy and I'm delighted to have him here."

And Harvey says the added competition from Taione, who has won three international caps for Tonga, will be beneficial for Felton.

"Felts played really well at the weekend and has been getting better and better all season under the tutelage of Steve Boden," he added.

"Now he has Elvis as competition and with the battle he's had with Charlie Clare as well it just strengthens the squad throughout, so we're delighted to have him here."