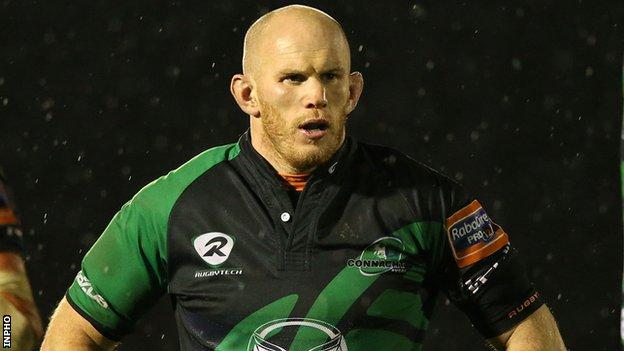 Former Ireland flanker Johnny O'Connor of Connacht is to quit professional rugby at the end of the season.

The 33-year-old, who won two Heineken Cups during a successful spell with Wasps, won 12 international caps.

O'Connor joined Connacht in 2000 and moved to Wasps three years later, making 74 appearances, before returning to his native Irish province.

He made his Irish debut in 2004 and was part of Eddie O'Sullivan's team which won the Triple Crown two years later.

He has battled with his fair share of injuries throughout the years, including a serious neck injury sustained whilst playing for Wasps in the Powergen Cup Final which saw him stretchered from the field and out of action for several months.

"After 14 years playing professional rugby, my body is telling me that it is 'my time' now.

"I have enjoyed my playing career massively and it would not have been possible without all the people who have supported me along the way."

O'Connor is currently sidelined with an ankle injury and may not play for Connacht again.