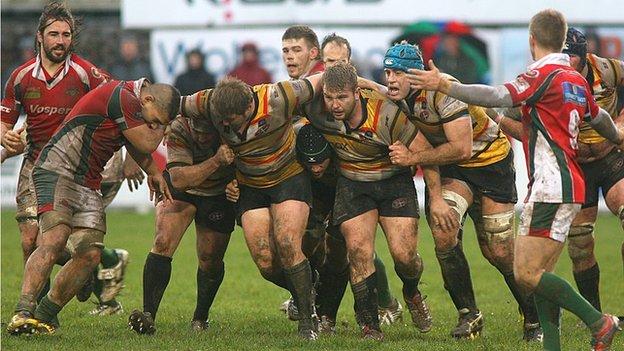 Cornish Pirates assistant coach Harvey Biljon has rued the errors that cost his side as they went down 26-18 to Bedford.

The defeat leaves the Pirates in sixth place, whilst play-off bound Bedford are 15 points better off in third.

"Today we were the team that made more errors and unforced errors were ultimately what led to Bedford winning the game ," said Biljon.

"We missed out on opportunities and turnovers cost us."

Bedford's Myles Dorrian proved the difference between the two teams as he notched up 21 of his sides 26 points.

Junior Fatialofa opened the scoring for the Pirates but Josh Bassett and Dorrian went over to put the Blues in front.

Phil Burgess gave the Pirates their second try but Dorrian's dominance with the boot proved the difference as his four penalties against two for the home side secured the points.

"I'm frustrated and we should have done better when we had the ball in hand at times," added Biljon.

"I think both teams were rusty and that comes from not being able to play games regularly.

"We've got to make sure we look after the bodies in the week and make sure we're in a position to perform next week."