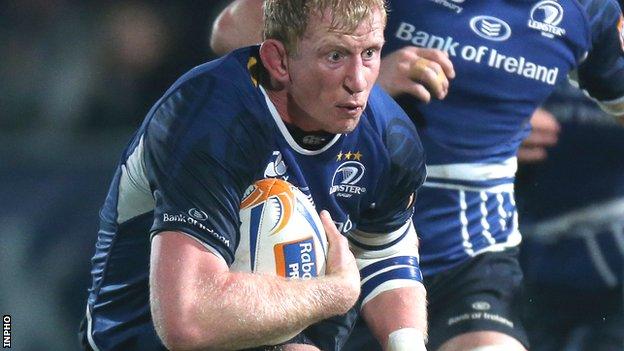 Richardt Strauss and Devin Toner are also extending their stay in Dublin along with 16 recent graduates from the Leinster Academy.

The IRFU-contracted trio of of Cian Healy, Rob Kearney and Mike Ross had already confirmed new deals with the reigning Heineken Cup champions.

There were reports linking the 25-year-old wing with a switch to Munster but Leinster announced on Tuesday that the Ireland player had agreed a new deal, which he has now signed.

Fitzgerald will miss the remainder of this season after suffering an anterior cruciate ligament injury in Ireland's final Six Nations game against Italy.

Leinster coach Joe Schmidt said: "Ahead of a few big weeks for us in both the Pro12 and the Amlin Challenge Cup, it's great to have confirmation that so many of our current squad are staying with us, along with a few new players that will add further value to what we believe is a really competitive squad.

"The players have done a great job in recent years and they're committed to maintaining that in the seasons to come but, in the short term, our focus will be on Ulster this weekend and London Wasps the week after."