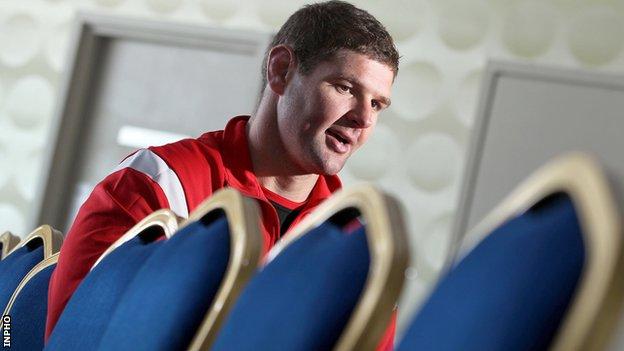 Johann Muller has described Ulster's next two games against Leinster and Saracens as season-defining.

Ulster travel to the RDS on Saturday aiming to stop their slide down the table after winning just one of their last five games in the Pro12 league.

Mark Anscombe's side must try to recapture their form ahead of a crunch Heineken Cup quarter-final against Saracens at Twickenham next Saturday.

"The next two weeks is the defining moment in our season," said Muller.

The Ulster captain has warned his team-mates that all their good early season work will be wasted if they continue to slip down the Pro12 league table, having already dropped from first to third place.

Provincial rivals Leinster have replaced them at the top but Muller has promised Ulster supporters a much-improved team performance. 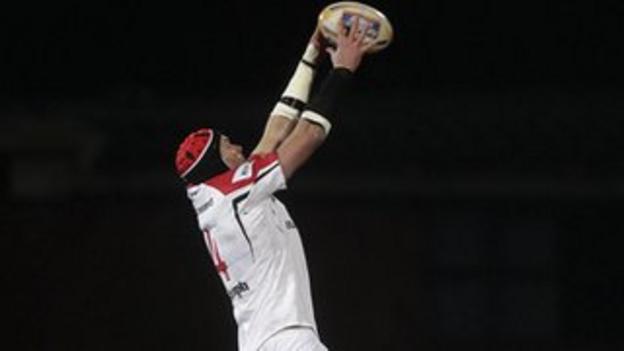 "If we're as good as we think we are, we can compete with these top teams.

"One thing is for sure, you will definitely be seeing a different Ulster team than you've seen in the last number of weeks."

The South African lock hopes that the return of internationals Rory Best and Craig Gilroy plus the availability of fit-again Ruan Pienaar, Chris Henry, Iain Henderson and Roger Wilson will provide the spark they need to turn things around.

He stated: "it just takes that one little bit of magic for everybody to get back into it again".

"Sometimes you get a bit of luck, you score an intercept try or someone makes a big hit and all of a sudden it lifts the whole team.

"Hopefully that bit of magic is not too far off and we can create it this weekend."

Despite the absence of John Afoa, who has travelled home to New Zealand for the birth of his third child, the return of so many players in the past week has lifted the mood at training.

"Now we just need to find some form," Muller said.

"It's not a secret that we haven't played well or achieved what we wanted but we've got to find some solutions.

"We've gone away a bit from what worked for us earlier in the season and it's important that we go back to that."