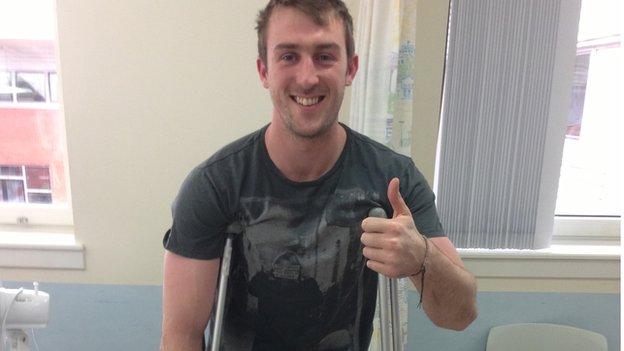 Jersey centre Mark McCrea hopes to be back in action by October after dislocating his ankle, fracturing his leg and suffering ligament damage in the Championship defeat at Newcastle Falcons.

McCrea was stretchered off just after half-time following a challenge on the half-way line in to the league leaders.

The former Connacht man has only been with the islanders for a month,

"He is optimistic of a full recovery and to be in action in October, so he may only miss two to three months of rugby," said Jersey spokesman Tom Innes.

A statement on the Falcons website wished McCrea a speedy recovery.

"I'm sure I speak on behalf of everyone at the club in sending our best wishes to Mark," said Newcastle boss Dean Richards.

"It was an unfortunate incident and as a club we will do everything we can to assist Jersey at this time."