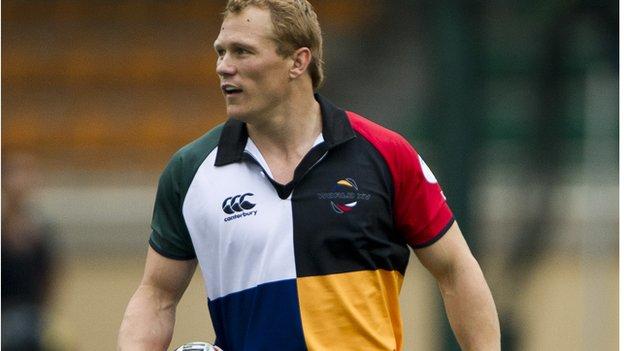 Former England international and new Cornish Pirates CEO and performance director Josh Lewsey says the side must reconnect with locals to improve.

Pirates lie sixth in the Championship, with a mid-table finish likely.

"We need to re-establish what the Pirates can, and will, stand for within the Cornish community," said Lewsey.

"That means reconnecting with local talent, local clubs and providing an aspirational environment that local populous have ownership with."

The ex-Wasps full-back, who won 55 caps for his country, was appointed in March after Rod Coward stepped down from the role.

And the 36-year-old, who has a home in St Agnes, said that he was eager to improve the side's fortunes, starting with the visit of Munster on Sunday in the British & Irish Cup quarter final.

"The reason why I have taken this job is that I am passionate about the county, what it represents and excited by both the potential and challenge of moving this famous club forward," he added.

"It is poignant that for this coming Sunday's game we will welcome one of the greatest rugby establishments in Europe, who for me are an example of what the Pirates can ultimately represent," Lewsey continued.

"Despite that, the greatest show of respect is to beat them, which we'll hope to do on Sunday."