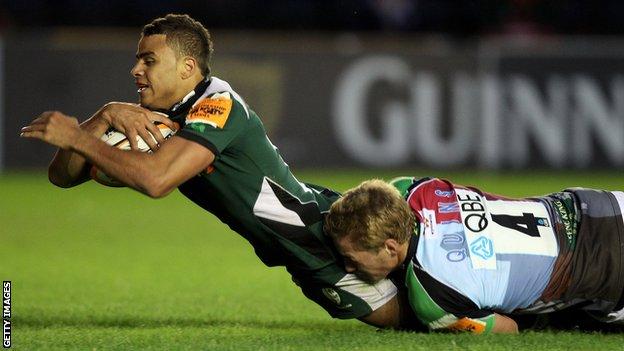 Worcester Warriors have signed winger James Stephenson from Championship side Bedford Blues for next season.

The 23-year-old moves to Sixways after scoring 15 tries in just 17 appearances for Bedford this season.

"We are trying to build for the future and James is a real talent, hungry and the right age," Worcester coach Richard Hill told the club website.

"He's fast and powerful with huge potential and has already shown in the Championship he's an excellent player."

Stephenson has spent one season with Blues after signing from National League One side Blackheath where he scored 19 times in the 2011/12 season.