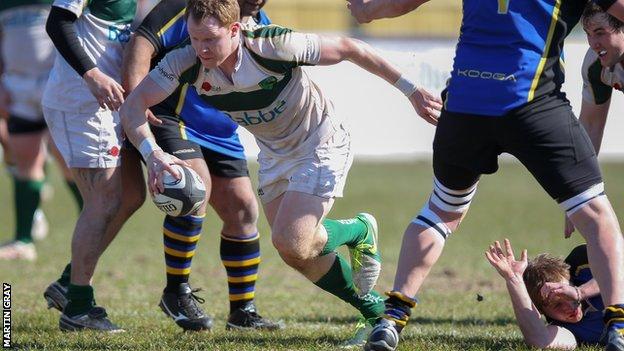 Guernsey head coach Jordan Reynolds was critical of his side's attitude during their 41-29 defeat against Hertford.

The loss is Guernsey's second in a row following their defeat to Old Elthamians last weekend.

"We made a lot of mistakes and they put us under a lot of pressure," Reynolds told BBC Radio Guernsey.

"We never stamped our dominance on the game and weren't really up for it. You have to earn the right to win these games and we didn't do that."

He continued: "We are already safe and I think that played on some of our guys' minds - they struggled for motivation.

"We need to be more professional in our approach.

"Some recent performances can't be gone unseen and not dealt with so we might have to freshen things up a little bit."

Guernsey are currently eighth in their first season in the National 3 London and South East division having won promotion last season.

"We had some bad luck at the start of the year with injuries as we had a squad that could have contended for promotion," Reynolds insisted.