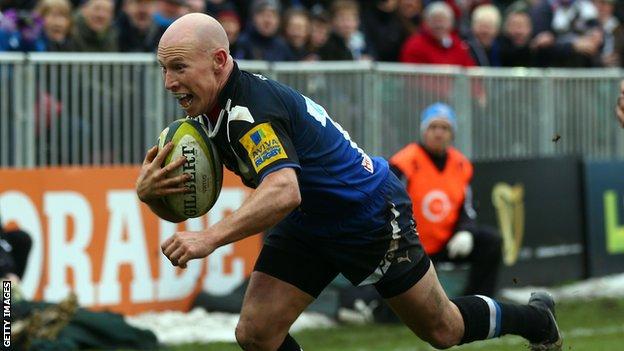 Munster scrum-half Peter Stringer has agreed to sign a permanent deal with Bath following a successful loan spell at the Rec.

Stringer joined the Premiership outfit in January after falling out of favour at his parent club.

The 35-year-old, who has played 98 times for Ireland, has become a regular in Bath's first-team and has scored three tries in nine appearances.

Cork-born Stringer is Ireland's most capped scrum-half and has won two Heineken Cups and a Six Nations Grand Slam during his 15-year career.

He made his senior debut for Munster in 1998 and played 230 games for the RaboDirect Pro12 side.

But having made only four starts for the club last season, he was loaned out to Saracens and then Newcastle Falcons, where he worked under now Bath head coach Gary Gold.

Stringer returned to Musgrave Park for the start of the current campaign but once again found himself surplus to requirements and opted to rejoin Gold at the Rec.

His most recent appearance for Bath came in the Amlin Challenge Cup defeat by Stade Francais, in which TV footage showed opposition number nine Jerome Fillol appearing to spit in the face of Stringer.

If found guilty, the Frenchman could be suspended for between four weeks to 52 weeks.