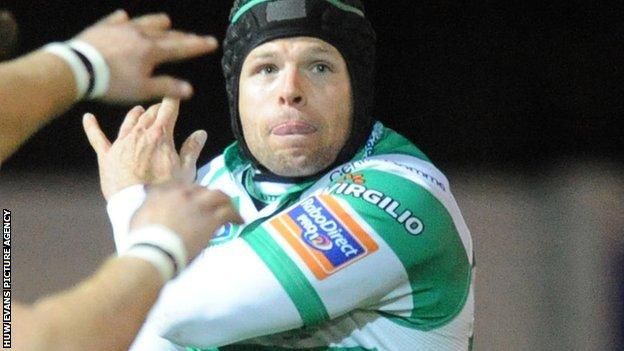 Australia-born Burton, who has won 21 caps and featured in this season's Six Nations, will move to Rodney Parade from Italian Pro12 rivals Treviso.

The 32-year-old will be joined at Rodney Parade next season by lock Martin Muller, number eight Netani Talei and prop Francisco Chaparro.

"Any team that has played against Kris knows how influential he can be on a game with his goal-kicking and tactical awareness," Dragons head coach Darren Edwards said.

"Alongside the recruitment of Richie Rees, we now have a good blend of young and experienced half-backs.

"It gives us the opportunity to generate competition and allows us to create combinations that can be influential and exciting for the team."

Muller is a former South Africa Under-21 player who currently plays for the Cheetahs, his fellow 30-year-old Talei has captained Fiji and joins from Edinburgh, while Stade Francais prop Chaparro was recently capped by Argentina against France and Italy.