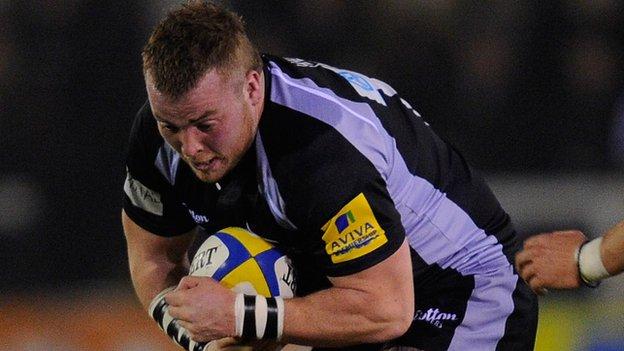 The 26-year-old joined the Falcons from Coventry in the summer of 2010 and has so far made 17 appearances.

Hall becomes the eighth new signing for Bristol for the 2013-14 season and could face his new club when the two sides meet on 20 April.

"When I found out there was an opportunity to come , I was really excited," he told the club website.

"There's a lot happening at Bristol at the moment, you only have to look at the players that the club are bringing in. I'm looking forward to being a part of that.

"It's a good place to come and play and get better as a player. I know the likes of Luke [Eves], Glen [Townson] and Redford [Pennycook] from Falcons, so it will be great to hook up with them again and get to know the city and the club."