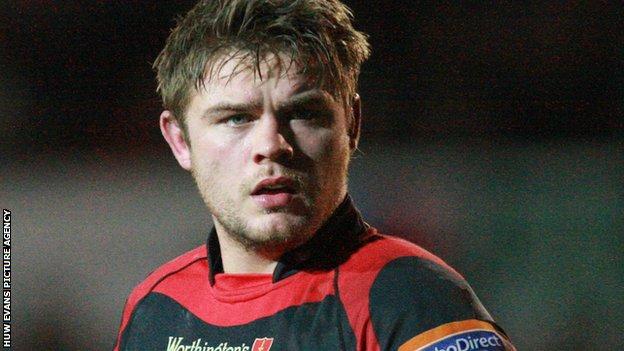 Newport Gwent Dragons captain Lewis Evans will miss the rest of the season because of a calf injury.

Flanker Evans has come through the Dragons academy and has represented Wales Sevens.

The 25-year-old was appointed captain at the start of the current season following the departure of Luke Charteris to Perpignan.

In February Evans extended his contract with the region until the end of the 2014-15 season.