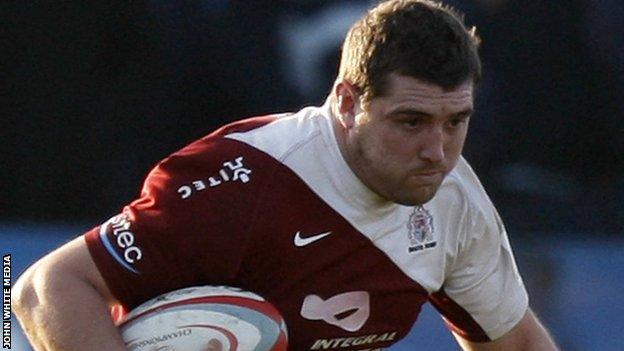 Hooker Ross Johnston has signed a new contract with Bristol.

The 27-year-old joined the Memorial Stadium club from Cardiff at the start of the 2009-10 campaign and has since made 88 appearances, scoring 21 tries.

"The club is moving in the right direction and I'm delighted to have secured my future," Johnston told BBC Radio Bristol.

Meanwhile, Bristol centre Jack Gadd will retire at the end of the season because of an on-going hip injury.

The 21-year-old will now pursue a career in coaching, taking up a role as at Weston College.

Gadd came through Bristol's academy set-up and made 29 first-team appearances.

"It was a really difficult decision, but one that I had to make," he said.

"If I kept going the way I am, I could risk more damage to my hips and, as the seasons progressed, the rehabilitation would be lengthier and more intense. I don't want a hip replacement before I'm 30."