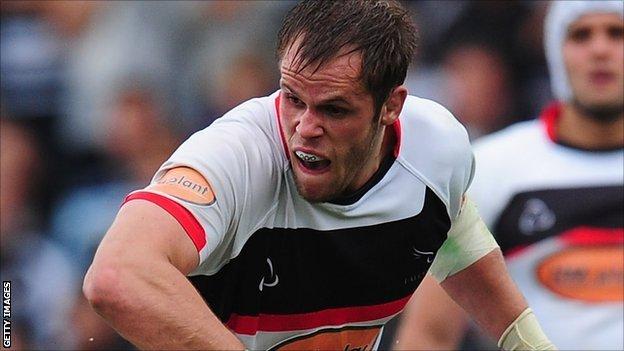 Newcastle Falcons captain Will Welch has signed a new two year contract with the Championship leaders.

The 23-year-old open-side flanker came through the Falcons academy to make his first-team debut against Newport in the 2008-09 Anglo-Welsh Cup campaign.

"There are some really exciting times ahead for rugby in the region as a whole with the ambition of the club," Welch told the club website.

"That comes from the playing squad and the backroom staff."

Welch, who attended the city's Royal Grammar School, was given the captain's armband by Dean Richards at the start of the season.

In addition, former Bedford Blues lock Sean Tomes has signed a one-year extension to his contract.