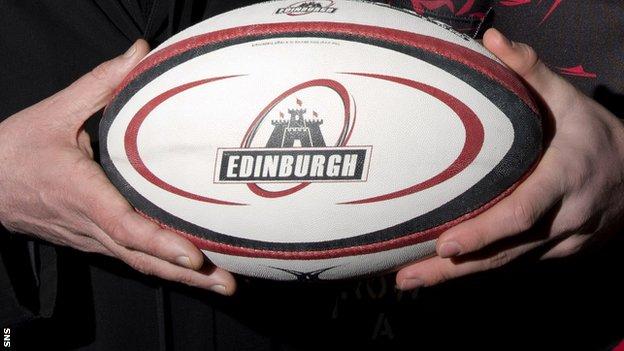 Edinburgh Rugby have called up Gala RFC prop Ewan McQuillin for the rest of the season.

Interim head coach Stevie Scott is handing the 21-year-old an opportunity to train at Murrayfield as front-row cover for the injured Alex Allan.

McQuillin could feature for Edinburgh in their three remaining Pro12 games.

Scott said: "It's a fantastic learning opportunity for him to improve by testing himself against some of the top front-rows in the country in training."

Gala returned to the RBS Premiership in 2011 and won the RBS Scottish Cup a year later, with McQuillin playing a key role in both.

Scott, speaking to Edinburgh Rugby's website, added: "Scotland's domestic divisions are the bedrock of rugby in this country.

"Hopefully this call-up will also show other players in the amateur game that, if they work hard on their conditioning and are performing consistently for their club, opportunities for Edinburgh Rugby can come their way."