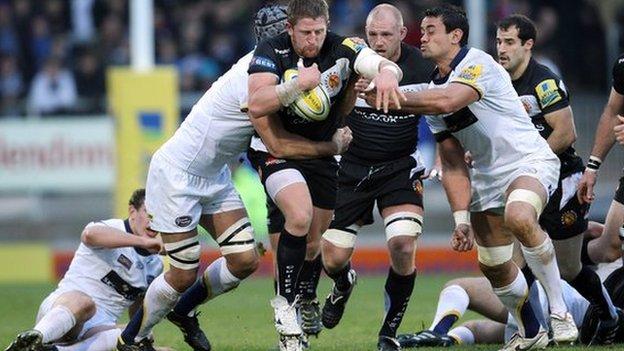 Exeter Chiefs hooker Simon Alcott has been forced to retire with immediate effect because of a neck injury.

Alcott told the club's website: "I'm very disappointed to have been forced to retire, but rugby now is so physical and you can't risk an injury like this.

"I felt I still had a few more years in me but for the injury and I feel very frustrated."

Alcott's last appearance for the Chiefs came in the 12-12 draw with Bath on 29 December and head coach Rob Baxter praised his overall contribution.

"He's played some good Premiership rugby, started some big games of Heineken Cup rugby and was absolutely outstanding away at Leinster where over that weekend he was probably the form hooker in Europe," insisted Baxter.

"He's had one or two opinions on his neck and the advice is to stop.

"He's been a good guy to have around the squad and he's gone out on top, we wish him the best."