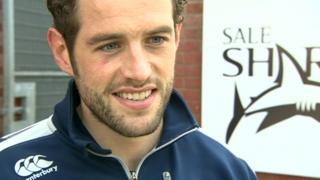 The Sharks moved from Edgeley Park to the Salford City Stadium, which they share with rugby league outfit Salford City Reds, at the start of the season.

They have won four home matches in the Premiership in 2012-13 - three of them coming in the last four outings.